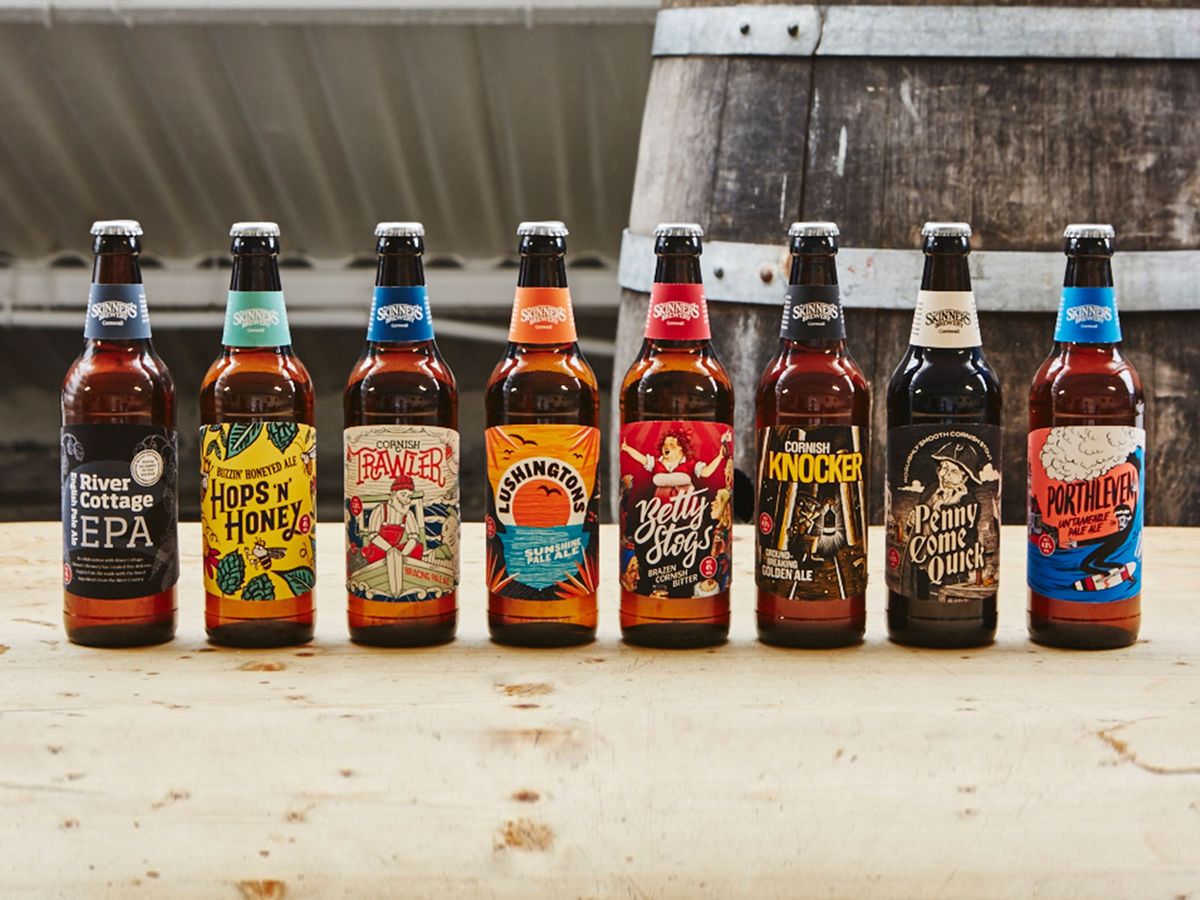 Cornish brewery Skinner’s has doubled its production of bottled beers following the installation of an on-site bottling plant – and the award-winning brewers are using Beatson Clark’s bottles and printed crowns for their range of ales.

Skinner’s rebranded its bottled range earlier this year, with the likes of CAMRA award-winning Betty Stogs and SIBA award-winners Porthleven and Lushingtons Pale Ale being produced in the new-style bottles.

The beers are now sold in Beatson Clark’s 500ml amber craft beer bottle with printed crowns also supplied by the bottle manufacturer.
Skinner’s new bottling facilities are part of a major investment which has enabled the brewery to deliver both increased quality and volume across its bottle range.

Demand has soared for the beers and bottled beer production has doubled in just three months.

“The increase in demand has been challenging and this is exactly why we made the investments and are pleased so far with the success.” said Skinner’s Commercial Director Mike Pritchard. “We are also excited about future plans and continued growth and success for the business.”

Alun Morgan, Technical Director at Skinner’s, said the choice of bottle was an important part of the rebrand.

“Our marketing team chose the bottle as we were looking for a craft-type contemporary bottle which complemented the newly refreshed identity of the brewery,” he said.

“We’d never worked with Beatson Clark before but they have been very attentive and responsive when we really didn't know what the volumes would be. They carried out training with our team at our site and have responded to a 100% greater volume than anticipated.

“Beatson Clark also supply our crowns, so they are a critical part of our supply chain. We would definitely recommend them to other breweries.”